The final PS race of the season was to conclude at Huntingdon again. Myself (Graham), Iggy and Tony made the journey down for the 50-60 age group race.
It was likely to be a fast race with nearly 60 riders in our race including two of the Nations best road racers Rich Edwards and Roy Chamberlain. The race was on quite a flat circuit of nearly 10 miles of which we would do nearly 6 laps.

Although it had stopped raining for the start of the race there were many puddles and slippery roads to contend with. The race got off to a steady start, after 2 laps Roy and his team mate made a break and were never seen again… I made my break after nearly 3 laps and rode solo for nearly a lap before being joined by 5 cat “C” riders. We worked well together and managed to stay clear of the Peloton to the finish which meant I was sure of the race win for my age group. 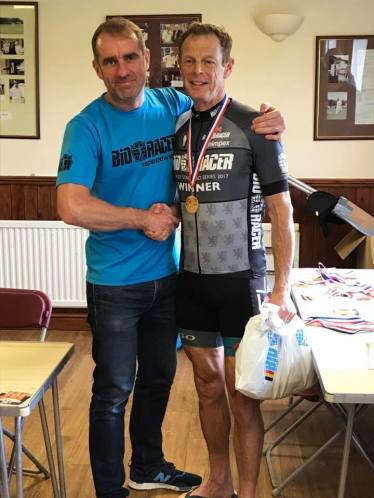 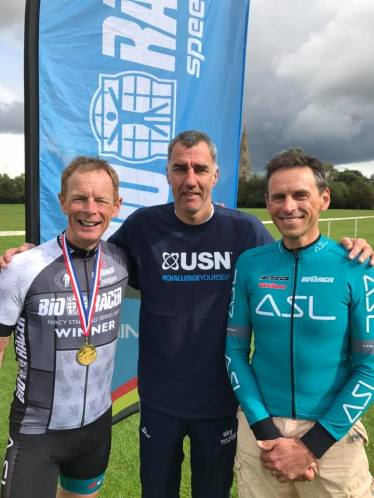 Soon after we finished Iggy crossed the line having got away from the bunch and took a well deserved 2nd place in his age group. Very bad luck for Tony, after 2 laps he hit a pot hole, punctured, and cracked his front wheel. That was such a shame as he was going very well and it would have been great for us to have ridden together for the last few laps. 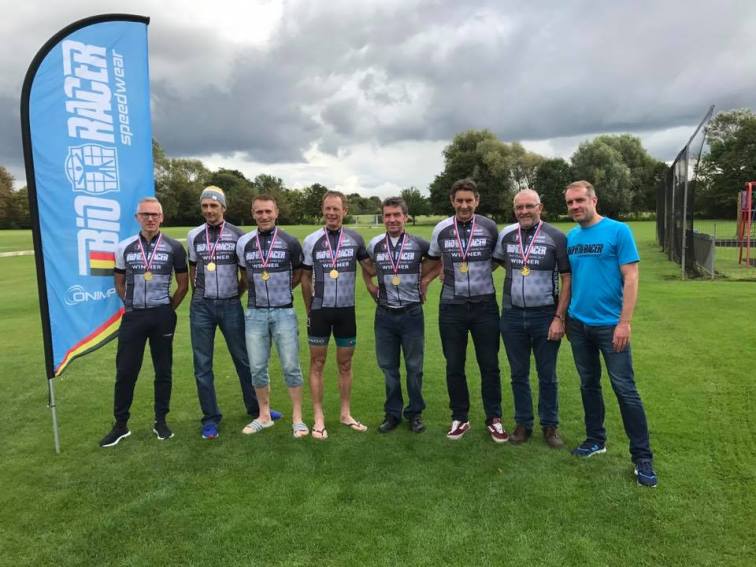 Many thanks to Andy Wylde and his team for putting on a superb event, Many thanks to Ken Jones (Omnipex-Bioracer) for the very generous sponsorship including superb winners jerseys and goodie bags. 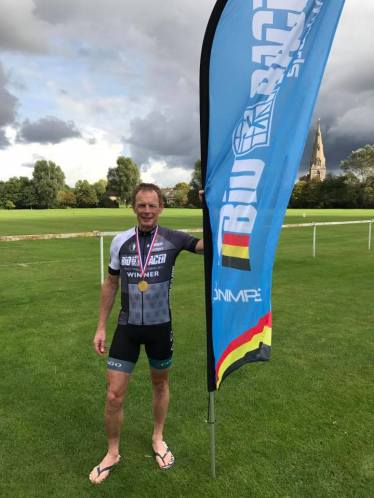 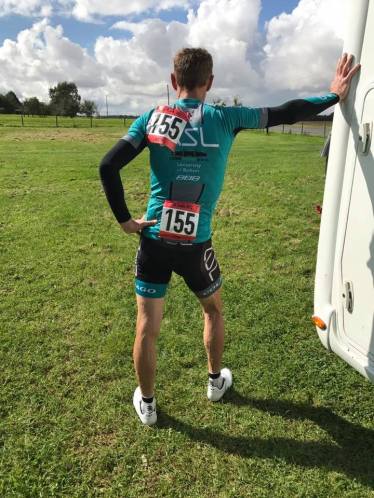