The first race of my 42nd season was a very windy and cold affair with a very strong field, after the neutralised zone I knew it was going to be hard with the cross winds and within a short distance the riders where spread across the road and line out I was towards the back and finding it hard to move up Tony was in a good position towards the front with Graham on the wrong side of the line out and finding it difficult to move up.

First time up the finishing lane/hill and over the top the bunch was strung out again Tony was in the middle riding strong whilst I was hanging on as we rode along the cross wind section. By this time Graham had lost the wheels at the rear of the ever decreasing bunch and was off the back but to his credit still finished the race. 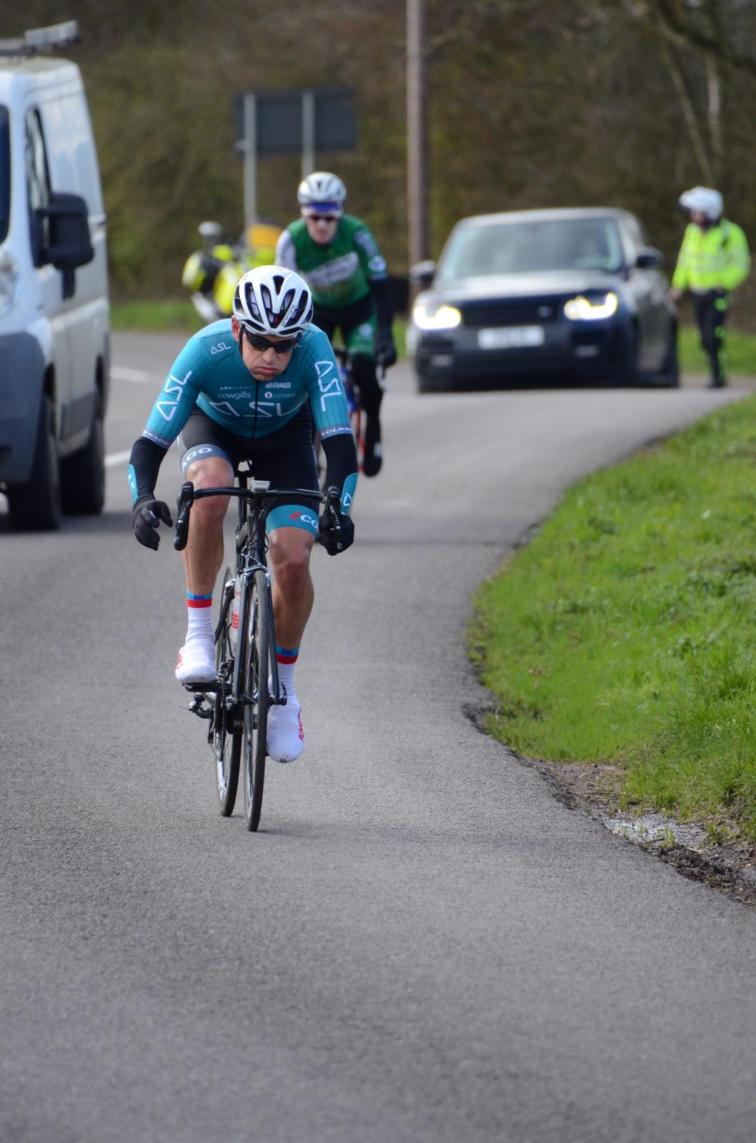 Over the next lap or so the break formed with the likes of Colin Sturgess, Roy Chamberlain, Carl Smith and Richard Moore to name a few making the break. As the race entered the last two laps I was beginning to get to grips with the course and the strong cross winds and riding a lot closer to the front, By now two groups had formed up the road with seven or eights riders in each group, with the bunch now down to about fifteen or so riders. Tony had a moments lack of concentration in the cross winds and along with another couple of riders lost the wheel in front and was soon off the back.

On to the narrow finish lane I was in the middle of the bunch and as the short sharp climb to the finish started I couldn’t respond to the kick towards the top and on to the finish. I finished 9th D and 27th overall, with Tony not to far behind and Graham a further few minutes back.
Roll on next week!!